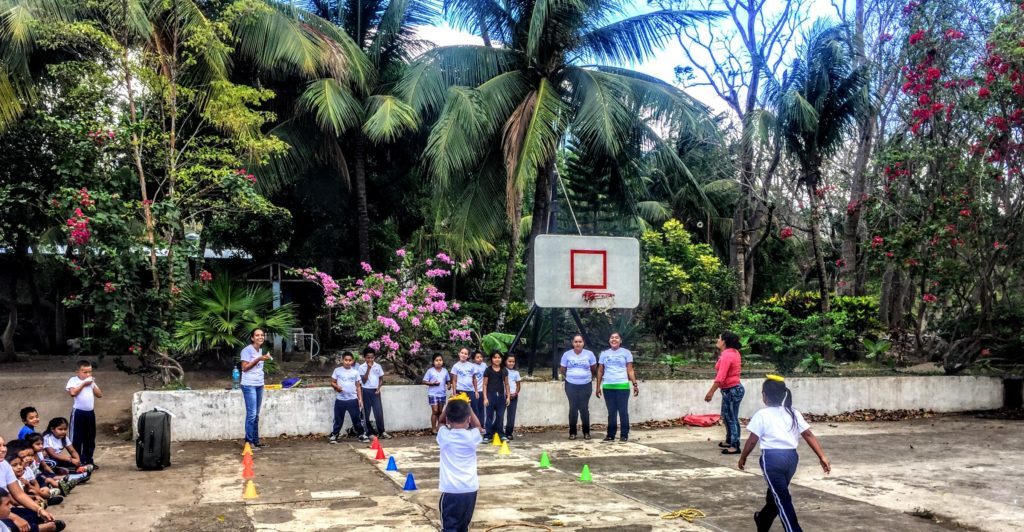 At Spartan, we talk a lot about changing your frame of reference. Some Spartans do this by hitting the gym a little harder than usual. Some Spartans do it by crushing their first TRIFECTAs. And then some, like Spartan Ashley Burgess, travel to Nicaragua to provide for children whose schools are literally made out of trash. What she brought them will touch your heart.

Last year, when Ashley visited Nicaragua for the first time, she was there for vacation. While there, she enjoyed herself and “learned a lot about the culture,” but at the same time she realized something was missing.

“I realized that there was a need for improvement in their education system,” she says.

Like a true Spartan, Ashley didn’t wait for someone else to step in and solve the problem. A year later, she was on her way back to Nicaragua—specifically, to the Ometepe Bilingual School, a school built almost solely from 1.5-liter plastic bottles packed full of inorganic waste. This time she wasn’t just in it for the R&R; she was there to make a positive impact.

“The goal was to teach [the children] different outside activities so they could maintain an active lifestyle,” says Ashley.

Ashley recruited her friends and family to donate money to go toward sporting equipment, school supplies, and other educational tools. But that’s not all she gave.

“My first Spartan Race was last year, and I just remember the awesome feeling of receiving a medal and t-shirt upon completion. I thought that would be really cool if I could do something like that for the children, and I figured it would be something that they would remember forever.”

Ashley reached out to the Spartan charity team and asked for “a couple of shirts and medals as prizes to the winners of whatever competitions I set up.”

When she received enough medals and shirts for all of the children, she was blown away.

With the equipment her friends and family helped her to donate to the school, Ashley was able to build a mini Spartan course for the Nicaraguan children. Set on an island in sight of two volcanoes, she describes the mini Spartan Race as an “amazing experience.”

“I am very thankful to those who contributed to help make it memorable for the children,” says Ashley.

Spartans like Ashley Burgess remind us that taking initiative and making a difference can be as simple as raising money and teaching kids how to stay healthy. What’s your excuse?

Learn about the Spartan Kids Race.