You will not find the preschoolers at Jennifer Brazier’s Montessori school sitting quietly in neat rows. That’s not how kids learn best, she believes. Instead, you will find a dynamic classroom full of opportunities for children to learn through the full expression of their physical and mental capacities. 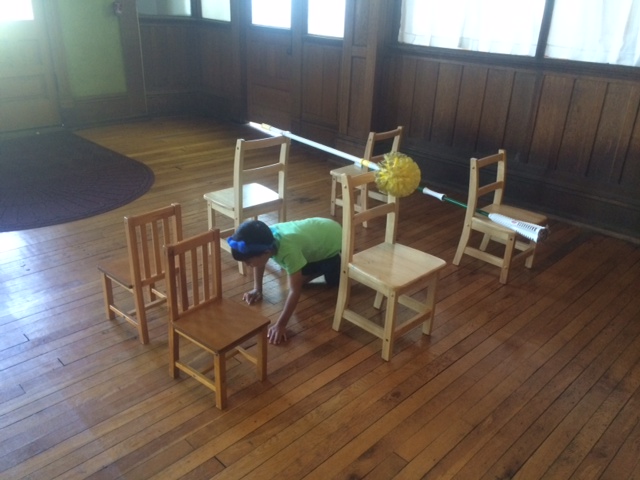 “The kids are moving all the time,” Brazier says. And in Brazier’s school, The Clarksburg Children’s House, in West Virginia, if they are moving, they are engaged with their environment in a fully empowered way gaining intellectual independence, and they are learning.

Her philosophy of education is perfectly supported by the mission of Spartan Race. She came across the race at a crossroads in her life and found it was a great opportunity to learn how to overcome some of her own personal challenges. She came to believe that the race’s man-made obstacles are a metaphor for whatever difficult tasks people are struggling with in life.

She became passionate about the races, a devoted Spartan, and when her friend, Spartan SGX coach Sarah Pozdol, invited her to help with a Spartan Kids race in Indiana, she heeded the call. What she saw there blew her away. 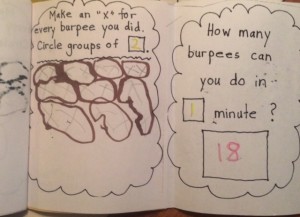 “It was so good for kids. Many of the movements involved crossing the body’s midline, which is great for brain development, and involved problem solving, grit and tenacity as the kids navigated the course. Most importantly, the children weren’t timed,” Brazier says. “This gave them ample opportunity to try obstacles again and again, to play and have fun while maintaining the challenge — key components to optimize learning.”

In order to effectively continue this type of approach at school and introduce it to the masses, Brazier pursued her personal training certification and later became the first person in West Virginia to receive her SGX certification. Her school is far from being a gym, but the SGX influence in the classroom is pervasive.

Among the more traditional tools are balance beams, trampolines, tunnels and bean-filled belts made from socks, which children wear to develop core strength. They have free access to a gross motor area at all times. Even the way the children conduct their day is reminiscent of an obstacle course: They move from intellectual challenge to challenge, not passively, but under their own power — in a self directed quest of discovery, not force-fed educational medicine.

A Montessori teacher is one part “race director,” there to optimize the flow of the children through their activities, and one part coach, present to bring home the children’s lessons. As in a Spartan Race, the physical has its cognitive corollary. “Stamina can mean doing a plank or it can mean following a complex task, say counting 1,000 beads, or cleaning the snack room after cooking,” Brazier says.

Studies that suggest physical activity strengthens the mind as much as the body support her approach: Varied kinds of exercise and movement boosts creativity, intelligence, self esteem, focus, and overall mental health. It is has a place in every classroom.

The Spartan way is aligned with the core philosophy of Montessori. “It’s called normalization. If children are successfully able to meet their own needs for hunger, activity and areas of intellectual interest, it allows them to flourish and grow,” Brazier explains. This is similar to what Brazier loves most about Spartan Races: They do not focus on just the elite, but are about encouraging everyday people to take responsibility for overcoming their personal obstacles, whether it is obesity, addiction, life challenges, ill health… or the eight-foot wall.

It is a way of life that resonates with Brazier so thoroughly that she had to find a way to share it outside of the confines of her school walls. She started running a fitness class including many of her school children’s parents, followed by a kids SGX class. She is on a one-woman mission to make her community a more vibrant, active and healthy place — body, mind and soul.

Learn more about Spartan SGX and find a coach near you. No coach? Tell you favorite trainer to get certified!